This game has been remade and transitioned onto Steam.  You can still purchase the older version on itch.io if you prefer.

Join Karakuri-kun on her adventure to learn Japanese culture and history.

In an RPG setting you will learn an overview of Japanese History and learn some pivotal players of Japan's past.

You play as an automaton built by a toy maker and brought to life by a Shinto priest.

You must prove your worth as a sentient being…

Battle and quiz your way to victory!

In this edutainment game.

This game is set in the Edo period and is a spin off from the Japanese language learning series Japanese Kana Adventure.

In order to download this game you must purchase it at or above the minimum price of $1.99 USD. You will get access to the following files:

Interesting game.  Looking forward to polishing it up & improving it with you.  :)

A few comments and suggestions if you are still maintaining this game.

I have played, and created, numerous RPG Maker games, but even I was unsure what to do for the first 5 - 10 minutes. Offering a basic tutorial and emergent tips will reduce this confusion. You can make emergent tips by placing transparent events over some of the items on the first floor with text messages so that players learn that they can interact with objects in the game. I make a couple of events near the starting location that trigger on Player Touch. As the player moves around and learns to click on the screen, the other objects trigger on Action Button. For example, the big red box near the front door. What is it for? Even if it is only decoration, it should have a text message letting the player know if it is important later in the game or not at all:  "You don't know how to open this, yet."

Likewise, the door exit event should have an event page at the start of the game that explains why the player can't/won't leave the house (perhaps also add a Movement Route to have the player take one step backward).

On the second floor, the wall tile to the right of the Automaton mirror is still set to passthrough which makes it possible for the party to walk inside the walls. If you remove the recess in the wall here and make the wall flush, that will fix it instead of modifying the tileset.

After speaking to any of the NPCs for the first time, when I talk to them again they repeat the same dialogue. Seems you are missing a self-switch or variable setting in these events to trigger the next event page.

Are the random encounters necessary?  At the very least, reduce how frequently they trigger.  I keep triggering random encounters every 5 - 10 steps.  I started escaping every encounter so I could continue playing the story.  They became so frequent that I finally quit the game.

Thanks, that is great advice. I didn't know how to make the transparent object. And I didn't know about many of thee other things you said. My plan is to maintain the game in the future and I will make the changes that are not very time consuming, now. I am very busy with other projects at this time.
Thanks for your advice it is really helpful and thanks for finding the bug.
You clearly know your stuff and I respect you for sharing your guidance.
Have a great day.

I have made the changes and I am uploading now. Thanks again!

Glad I could help. I like to make edutainment games in RPG Maker as well and I know how hard it is to get people to play them. I feel like I have to work twice as hard to make the games rewarding.  I'll download the updated version and go through it.

this art is beautiful but the game's writing is very poor quality, especially for an "edutainment" product.  please consider working with an editor or at least a proofreader.

I used Microsoft word the British edition. I would have thought that would have picked up any errors.

This is a side project. I was thinking from now to use American English. Thanks for your feedback, this project is not a primary focus. However, I will look into what you have said. I used Microsoft word but the different forms of English can be troublesome. I have been trying to use basic vocabulary to make it accessible to all.  And as you say the art is good and I think the actual historical content is good. One thing I have never been able to develop well is dialogue. It's all a learning curve.

I feel rather silly, but I can't even get to the gameplay. Like after the first dialogue box I can't work out any of the controls, getting out of the house, anything. This game looks really cute and interesting, but what are the controls? Is there some kind of walkthrough or tutorial to get started?

Ok so the keyboard up and down arrow keys etc move the charachter. Enter is interact with the environment such as dolls bookcases and beds. Escape is open menu. Hope this helps. Don't feel silly you must be new to these types of games and it's a good question really I should have put a list of controls for fresh players. If you want you can join a discord channel and you can ask me any questions regarding the game series.

Thanks so much! And yes, definitely new to desktop games... but I think they're cute and fun. Can't wait to play!

Edit: Sorry, I'm still hitting problems. The esc will open the menu, but I can't back out of the options panel without hitting an error.

It basically shuts down and I can't continue playing. I can't save the game either, it makes a beep when I try. Not that I've been able to leave the house yet, though. And when I approach items and hit enter, nothing happens. :/ I'm on a mac, should I be downloading the second version?

Im guessing the game file is still in the downloads file it's a common problem with this type of game with Mac's. If you move it onto the desktop it should work fine.

Start by interacting with the doll and then go to bed  the game should explain itself from there.

Al get you a discord link to the channel one moment

This link is for discord it wil invite you to the channel where you can ask for help on any of the games in the series. It expires in 24 hours. If, you don't have discord you can sign up easily it's great for game queries and socialising... And it will notify me quicker than this page :)

But the Mac version won't open. Anyone else having the same issue?

I ran the Terminal fix "xattr -cr /<app location>" but it did not work.

try moving it out of the downloads folder if that doesn't work Al check out what I can do tomorrow for you it's late here. Glad your playing the game have fun if you get it working. And Al message you tomorrow.

Hi I updated a new version although the current one might work. Make sure you are completely updated and then go to system preferences and allow the game. From there it should work. I got a mac user to ensure that this method works. Also make sure after that it is not in the downloads file after that. Happy gaming thanks for your interest in the game it means a lot to my development process in game dev.
Have a great day any more questions please ask.

The latest build works! Even within the Downloads folder.

Wow. The graphics and music are retro-awesome.  Thanks for the fix.

My pleasure please enjoy. You will learn a lot from the game about the core elements of the eras of Japanese History.  And it is a spin off from the language game if you are interested in learning Japanese.
Thanks for your interest it means a lot to a small time developer dreaming big.

Plenty of bugs. What to do isn't clear. Just wandering around until I finally encounter something I can actually do. This needs work.

Sorry you found bugs I thought I got rid of them.  The player is guided by it saying it's quiet in this part of the town and the doors to the next buildings only open when you complete the previous challenge. I will put a guide character in the game this afternoon.

What bugs did you find?

I fixed a a few bugs that were having a big impact on the game and added a guard that gives guidance. Thanks for the feedback

First game of the bundle that I really want to play! Kudos. Atmosphere and setting is great. An opportunity to learn a couple of things as we play as well. Thanks!

Glad that you appreciate the game. If you get into any trouble on the game you can join the discord channel Al post the link this afternoon. Essentially you go to the city and do the quests there. Start with the big building where the Shogun lives and then each neighborhood opens up as you speak to the infamous characters of Japanese history. 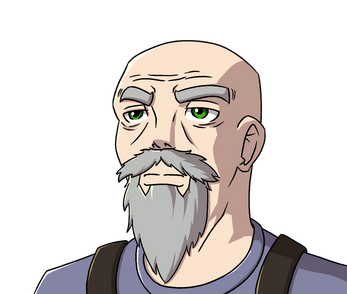 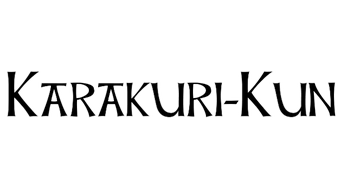 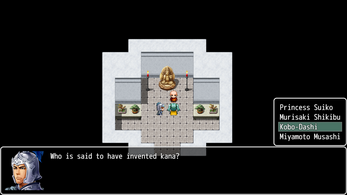 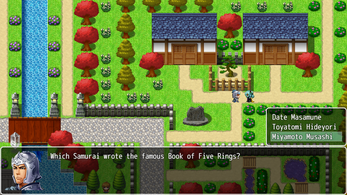 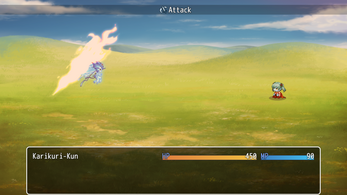 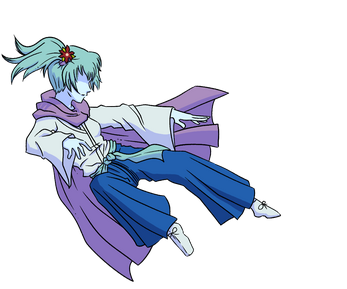